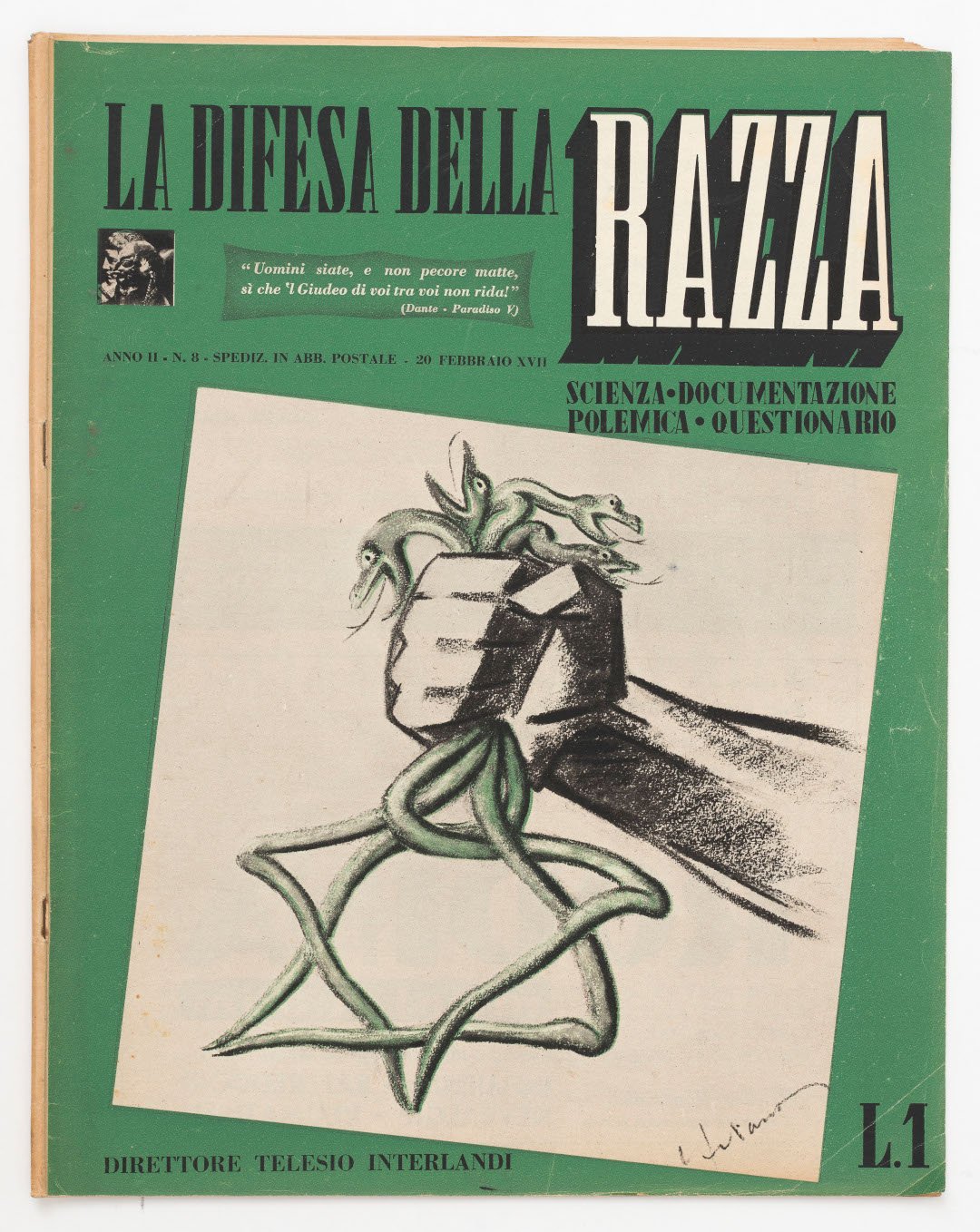 The Defense of the Race was a fortnightly magazine, published from 5 August 1938 to 20 June 1943.
It was directed by Telesio Interlandi, while Giorgio Almirante was its editorial secretary. The editorial committee was composed of well-known doctors and men of science.
The magazine enjoyed powerful financial and political support from the fascist regime. The captivating and ultra-modern graphics, the articles signed by great names of science subservient to the regime, the photographic equipment of great interest facilitated its diffusion, favored by a vast advertising campaign.
The Defense of the Race was one of the major vehicles for the widespread distribution of racism. The violent tones and the use of the classic stereotypes, accompanied by the infamous accusations, contributed to create a climate of diffidence towards all those who were defined as “inferior” from the racial and biological point of view (Jews, Gypsies, Africans, sick of etc.) and that, according to fascism, they were endangering the purity of the Italian race.
Gift of Denise and Simonetta Caterina Di Castro, 2005..