Piedmontese silversmiths of the 1700s 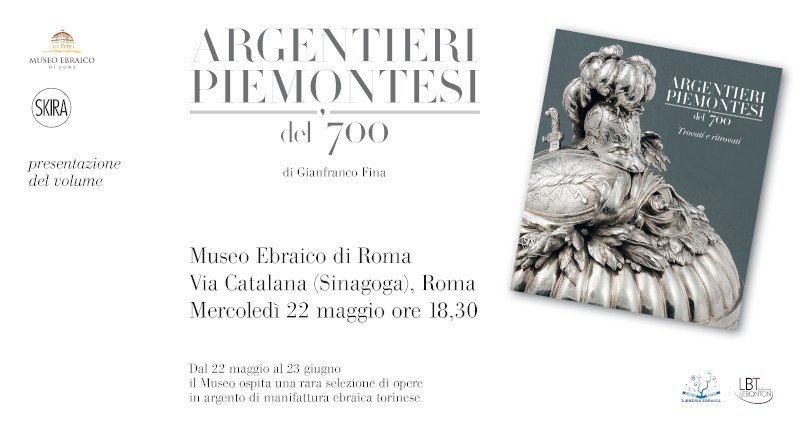 Considered sacred to the gods in the ancient world, silver was one of the favorite materials of Piedmontese artists, who knew how to impress on it a plastic force, in harmony with the contemporary trends, and moved from the Rococò whims, to the severe classicism lines of the French Revolution period.

During the eighteenth century, Savoy silverware, a product of an international and refined culture, was victim of “state” mergers, which considerably reduced its quantity. Created by highly qualified professionals, the Turinese baroque silverware, presented in this volume, is still preserved in important public and private collections.

A very interesting sector of Piedmontese silverware of the eighteenth century is the one related to the works committed for Jewish clients. Methodical research on traditional Jewish Piedmontese silverware had not yet been published; thus, in his volume, the author presents some objects, all created between the end of the 18th century and the first half of the 19th century, which testify to the high quality of the Jewish silversmiths. and the most used silver kinds in Piedmont.
On occasion of the presentation of the book at the Jewish Museum of Rome, ten silver artefacts made by the main characters of this section, the Turinese Moise Vitta Levi -active in the second half of the century- and his son Pacifico – active between 1793 and 1824- were presented. Some others came from private Piedmontese collections, while three are already part of the museum’s permanent collection.

The exhibition will be running until June 23rd.
With this initiative, the Jewish Museum of Rome intends, once again, to promote conservation and enhancement of works coming from private donations, which are vital for the enrichment of the Museum’s cultural offer.