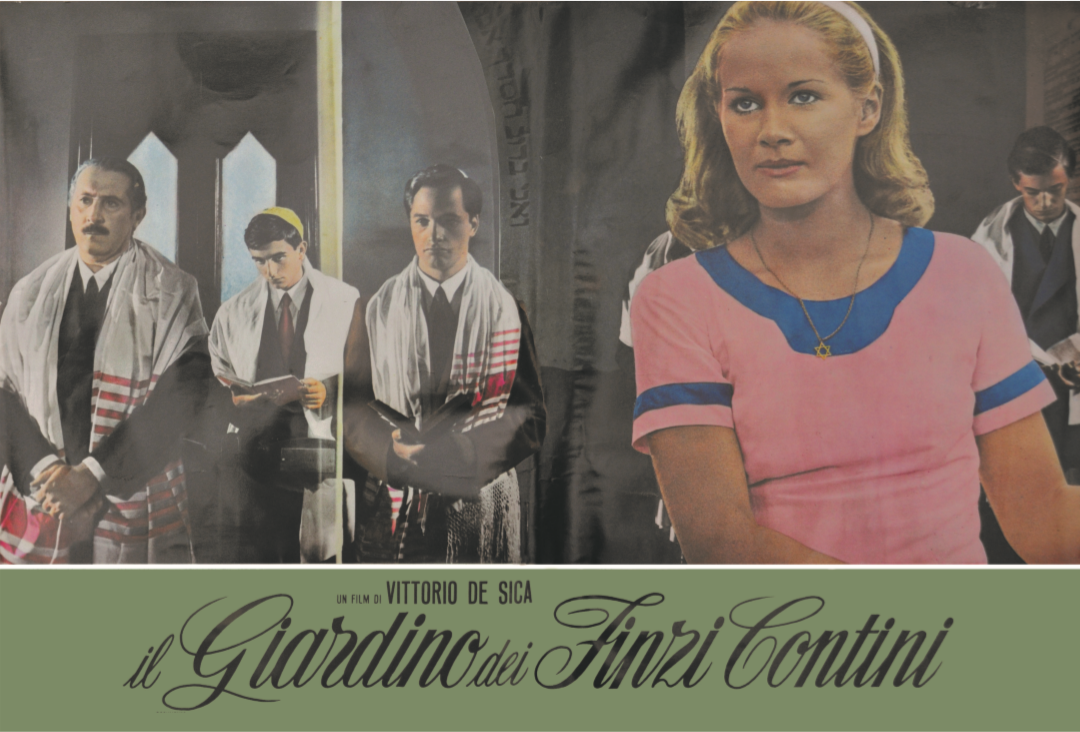 The Jewish Museum of Rome presents the exhibition

Stories of the Twentieth Century

“The garden of Finzi-Continis” by Vittorio De Sica

From October 14th to February 13th

On 13th October 2013 the Jewish Museum of Rome will launch the exhibition Stories of the Twentieth Century: “The garden of Finzi-Continis” by Vittorio De Sica.

The costumes from this famous masterpiece, the original equipment, some sketches of the costumes, posters and newspaper articles are exhibited for the first time in history in the room ‘900 of the Jewish Museum in Rome until February 13th 2014, together with photos taken on stage, and some unique copies of Giorgio Bassani’s book.

Vittorio De Sica’s “The garden of Finzi-Continis” is regarded as an excellent movie worldwide. Since its release in cinemas in 1970, the Italian director’s film has represented not only a masterpiece for which Italian cinema is known and appreciated all around the world, but also as a source of knowledge of Italian Judaism of the Twentieth century and its history for the international public.

With the exhibition Stories of the twentieth century: “The garden of the Finzi-Continis” by Vittorio De Sica, the Jewish Museum of Rome wishes to draw the attention of the international public on  De Sica’s masterpiece, in view of the seventieth anniversary celebrations of the 16th October 1943, the date in which Roman Jews were deported. “It begins a cycle of temporary exhibitions dedicated to the great characters of the twentieth century, literature, cinema and other arts” – as explained by Alessandra Di Castro, Director of the Museum.

The project, designed by Ariel Piattelli, relies on a collaboration with Manuel De Sica – from the Bartolini Salimbeni family- composer and son of the director, and with the actor and director Lino Capolicchio. The exhibition is curated by Olga Melasecchi and includes an extraordinary setting by the architect Valentina Putzolu, which aims to make the visitor feel “within history”, and then to be able to better understand facts and characters. The visitor’s visit is accompanied by the music written by Manuel De Sica for the film, through a discovery of photos and objects, some of which are exhibited to the public for the first time.